A Poor Man’s Rod Carew, Luis Arraez Is in Line To Win a Batting Title 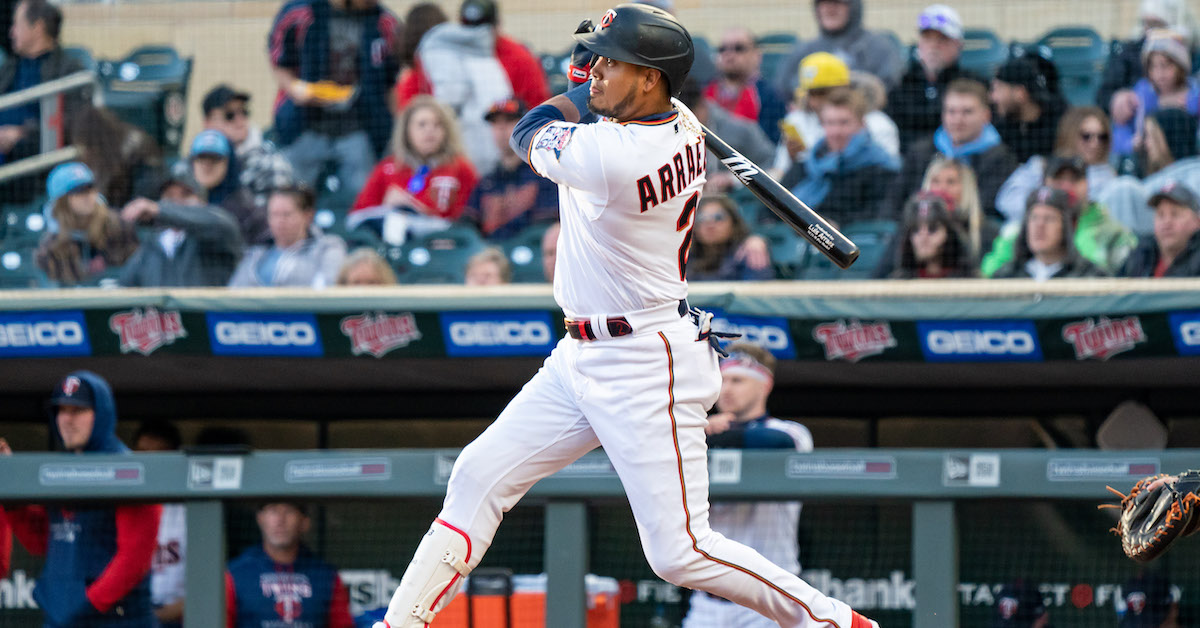 Winning a batting title was long a prestigious accomplishment. If you led your league in hitting, you were generally viewed as one of the best in the game for that reason alone. That’s no longer the case, though, and while batting average still has meaning — like every other stat, it paints part of the picture — it only tells you so much. Metrics such as wOBA and wRC+ provide far better snapshots of a hitter’s value.

Which isn’t to say that hitting for a high average, particularly the highest average among your peers, doesn’t matter to many players. Ditto to others who make baseball their profession. As Minnesota Twins manager Rocco Baldelli put it, “I think it does matter, and it should matter. If you have a player who is getting a crap ton of hits, that’s a nice way to bring value. I’ll take a bunch of guys with a .320 batting average… who are getting on base all the time.”

Luis Arraez is that type of player. Since he debuted in 2019, no one on Baldelli’s club boasts a higher batting average, and only the now-departed Nelson Cruz has a higher OBP. A .312/.374/.400 hitter in 1,048 big-league plate appearances, Arraez profiles as a potential batting champion.

“Luis Arraez” was Jayce Tingler’s immediate response when I asked Minnesota’s bench coach which Twins player would be most likely to capture a batting title. “He’s got great judgment of the strike zone, great hand-eye [coordination], he hits the ball from chalk line to chalk line. He’s one of the best line-drive hitters in the game.”

Rod Carew forged a Hall of Fame career that saw him win seven batting titles and finish with a .328 average and a 9.7% strikeout rate over 19 big-league seasons. It would be far-fetched — if not sacrilege — to suggest that the 25-year-old Arraez could ever reach those lofty heights. At the same time, the comp makes a certain amount of sense.

“I hesitate to use these names, because I’m not saying that he’ll be as good of a hitter as Rod Carew or Tony Gwynn,” said former big league shortstop and current Twins broadcaster Roy Smalley. “Nobody is that good, especially if we’re talking about batting titles. Nobody is in their class. But from a mechanics standpoint, what Arraez has the ability to do is different than most players nowadays and is more like Rodney and Tony than anyone else I can think of.”

Smalley went on to cite Arraez’s ability to let the ball travel and still “get the big end of the bat to the ball,” a trait that he shares with three-time batting champion Joe Mauer. As Smalley put it, “Joe would hit the ball to left field as well as anybody. His contact point, his implicit idea of where he wanted to make contact with the ball, tended to be much closer to a plate than most guys. That’s the way Rodney was, the way Tony was, and it’s the way Arraez is.”

Baldelli also cited Carew as a comp for the left-handed-hitting infielder.

“There aren’t that many guys who have the type of approach Arraez has in today’s game,” said the Minnesota manager. “It sticks out like a sore thumb, reminding you of the types of at-bats that you remember from the past. Is there one person? Rod Carew is such a huge part of what we have, history-wise, in this organization. I didn’t see Rod play a whole bunch, I’m talking about highlights, but he’s kind of unicorn-y in that way. At least in the way that he goes about his business.”

Again, it’s a stretch to say that Arraez will accomplish what Carew did over the course of his legendary career. The Hall of Famer put up some of the highest batting averages in recent generations, topping .350 four times with a high-water mark of .388. But while Arraez is unlikely to approach that stratosphere, it’s important to consider environment; batting averages have plummeted.

“I don’t think you can do that in today’s game,” Tingler said of Arraez’s chances of logging Carew-like numbers. “We’re seeing league averages continue to go down. For me, it’s eye-opening when somebody hits over .300 these days.”

Arraez is currently at .301 on the season, with a 6-for-29 stretch preceding a positive COVID test that put him on the IL a week ago. Prior to hitting that speed bump, the sweet-swinging San Felipe, Venezuela native was slashing a Carew-like .365/.441/.462.

Alex Cora gave a far-more-conservative comp when asked about Arraez, with the Red Sox manager naming Luis Castillo, who batted .290 as a switch-hitting infielder for the Marlins, Twins, and Mets from 1996 to 2010. Cora also cited Arraez’s ability to control the strike zone and make solid contact. “In time, he’s going to start driving the ball more and getting more extra-base hits. And he’s already impressive.”

Joe Smith and Taylor Rogers didn’t initially name Arraez when asked who they consider the most likely Twin to win a batting title. Smith went with Byron Buxton, prompting me to ask for his thoughts on Arraez.

“I almost said Luis,” responded the veteran reliever. “Every at-bat, he’s a guy who gives a pitcher a headache. He takes pitcher’s pitches. He works counts. The obvious answer would be Bux, but as far as someone who wouldn’t come to mind for most people, Luis could definitely do it.”

Rogers, who was teammates with Smith and Arraez before being traded to San Diego last month, didn’t need a prompt to bring up the potential batting champ.

“Probably Jorge Polanco, but Luis Arraez would be my next answer,” said Rogers, who has 12 saves and a 0.71 ERA since joining the Padres. “His bat-to-ball skills really stand out. He doesn’t seem to chase a whole lot, either. I recall an at-bat where Jonathan Schoop was hitting against Edwin Díaz in the ninth. He got down 0–2, then pulled his oblique. Arraez came in the game for him and inherited that 0–2 count. He ended up making it something like an 11-pitch at-bat and worked the walk. That’s all you needed to know.”

Arraez is self-aware enough to know that he possesses the skill-set to win a batting title one day. Getting him to sing his own praises is another story. Asked about the possibility, he politely demurred — which isn’t to say he wouldn’t be proud to follow in the footsteps of Carew and Mauer, and of fellow Venezuelan icons like Jose Altuve and Miguel Cabrera.

“I would be proud,” Arraez acknowledged. “100 percent. But while I’d love to do that, I don’t think about it. All I really want is to go out there and play baseball.”

Batting titles no longer hold the cachet they once did, but they’re nonetheless an impressive accomplishment. Arraez may not be Rod Carew, but the chances of him one day leading the league in hitting are real. Just ask his peers.

Even With Home Run Rates Falling, the Bronx Bombers Are Soaring Past the Competition
Effectively Wild Episode 1848: Shantz Encounter