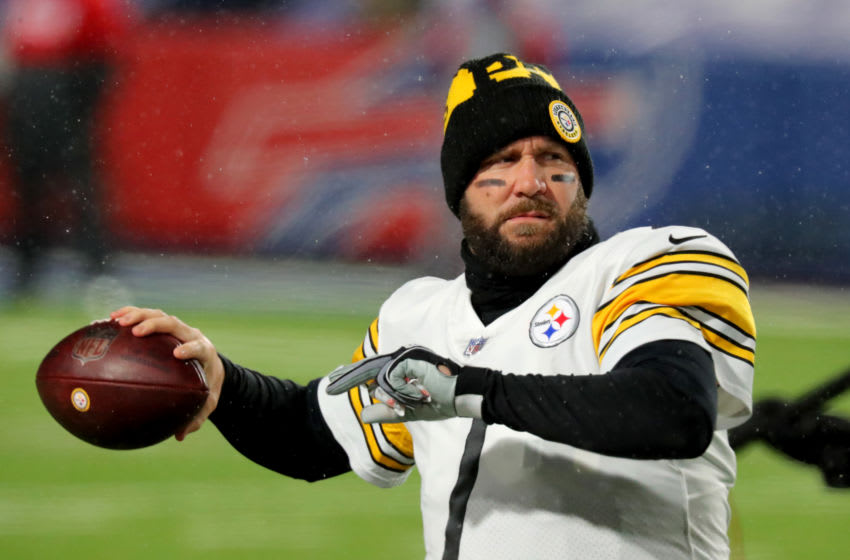 The Whiteboard: What’s behind the NBA’s sudden COVID spike? by Ian Levy

No, the Steelers shouldn’t fire Mike Tomlin after epic collapse to Browns by Cole Thompson

Ben Roethlisberger’s contract represents a no-win situation for the Steelers. It’s going to screw up their offseason plans no matter what.

The Steelers might be ready to make a change at quarterback heading into 2021, but it’s not going to be a simple process. The complicated nature of Ben Roethlisberger’s contract makes it a minefield for Pittsburgh.

If Roethlisberger stays on his current deal he’s going to count a whopping $41 million against the team’s 2021 salary cap. Things don’t get much better if he leaves. The Steelers would still be on the hook for $22 million in dead money if they choose to move on from their veteran signal-caller.

The reality of Roethlisberger’s declining play is that he isn’t worth either cap number. He kept the Steelers’ offense moving via smoke and mirrors in 2020. His inability to push the ball down the field with any precision is a hugely limiting factor for the Pittsburgh offense. As it currently stands, Roethlisberger can throw short passes with accuracy and deep balls over the top with a solid degree of touch. Every other throw is a huge gamble due to his lack of arm strength.

As for the Steelers, the Cap reckoning is coming after the mortgaging to “win now” for years. Roethlisberger alone is $41M Cap if he stays; $22M Cap if he leaves. Problematic.

Keeping Roethlisberger and paying him $41 million likely represents the most untenable choice from the team’s point of view. There’s zero chance he provides the Steelers anything approaching that kind of value in 2021. Pittsburgh would likely release him and eat the dead cap required rather than paying him like the top signal-caller in the entire NFL.

That doesn’t mean the Steelers won’t try to find a way to keep him in the fold. Signing an extension that would lower his 2021 cap number while providing him some measure of guaranteed money in future years would represent a compromise between the team and its long-tenured quarterback. That’s not a great solution for the Steelers’ future, but it would allow the team to save face now and still have some salary flexibility next season.

Cutting him outright might be the right thing for the team to do. It’s time for a quarterback change in Pittsburgh. Letting Roethlisberger go and paying him $22 million might be painful for the Steelers, but at least the obligation would only hurt the franchise for a single season. It might torpedo Pittsburgh’s chances of competing for a playoff berth in 2021, but it would give the team maximum flexibility in 2022 and beyond.

No matter what, Roethlisberger’s contract is going to throw a massive wrench in the Steelers’ offensive plans.

3 quarterbacks the Steelers can replace Ben Roethlisberger with in 2021