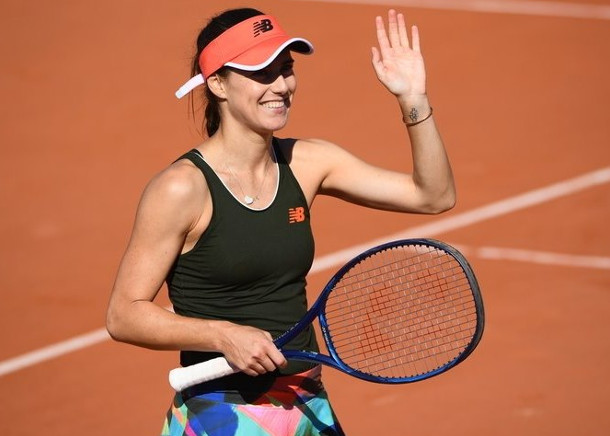 Tennis is a numbers game, but sometimes digits are deceptive.

Twelve years after her run to the 2009 Roland Garros quarterfinals, the 31-year-old Cirstea conquered Daria Kasatkina 6-3, 6-2 charging into the fourth round of a Slam for the first time since the 2017 Australian Open.

Age is just a number for the Romanian baseliner, who feels like a “20-something” and is playing that way. Cirstea rallied from 1-3 down in the final set to defeat 2020 quarterfinalist Martina Trevisan in round two, and was clutch today denying four of six points to top former world No. 10 Kasatkina.

“I don’t count the age on the passport. For me, I feel much younger,” Cirstea said. “Actually, body-wise, mental-wise, I feel I’m 20-and-something. I don’t think too much about this.

“It’s just a number and doesn’t matter. I put more energy into how I feel and to enjoy.”

Patience Pays [email protected]_cirstea last reached the fourth round at #RolandGarros in 2009. Today, the 31-year-old Romanian returns with a 6-3, 6-2 win over Kasatkina. pic.twitter.com/hsMmGMODKt

The world No. 54 is the only woman left standing in the field who has contested two clay-court finals this year and will carry an 11-2 clay-court record into her fourth-round clash vs. Tamara Zidansek, who upset sixth-seeded Bianca Andreescu in her opener.

An assertive baseline style is one reason Cirstea continues to thrive: at her best, the Romanian can straddle the baseline and force opponents to do more of the running.

“I think my style of play, it’s quite aggressive,” Cirstea said. “I don’t spend that much longer on court. I mean, probably I have played two matches in my life above three hours. So I think this style helped my body, you know. I don’t feel that I’m very tired or run down.

“And then I think I have also been quite lucky with no big injuries.”

Twelve years of experience between her first and most recent runs to the Roland Garros second week have taught Cirstea, who didn’t even think she’d still be playing pro tennis after age 30, to focus on the now.

“I think in tennis you do have to have a different mindset and having a short memory,” Cirstea said. “Because if you think too much in the past or too much in the future, you know, you will get frustrated. If you ask me 12 years ago if I would still be playing today, I would definitely say no.

“But you never know. I just go with the flow. I’m healthy, I’m enjoying myself, I think I’m playing at a very good level, probably one of the best I have been. I’m very mature.”