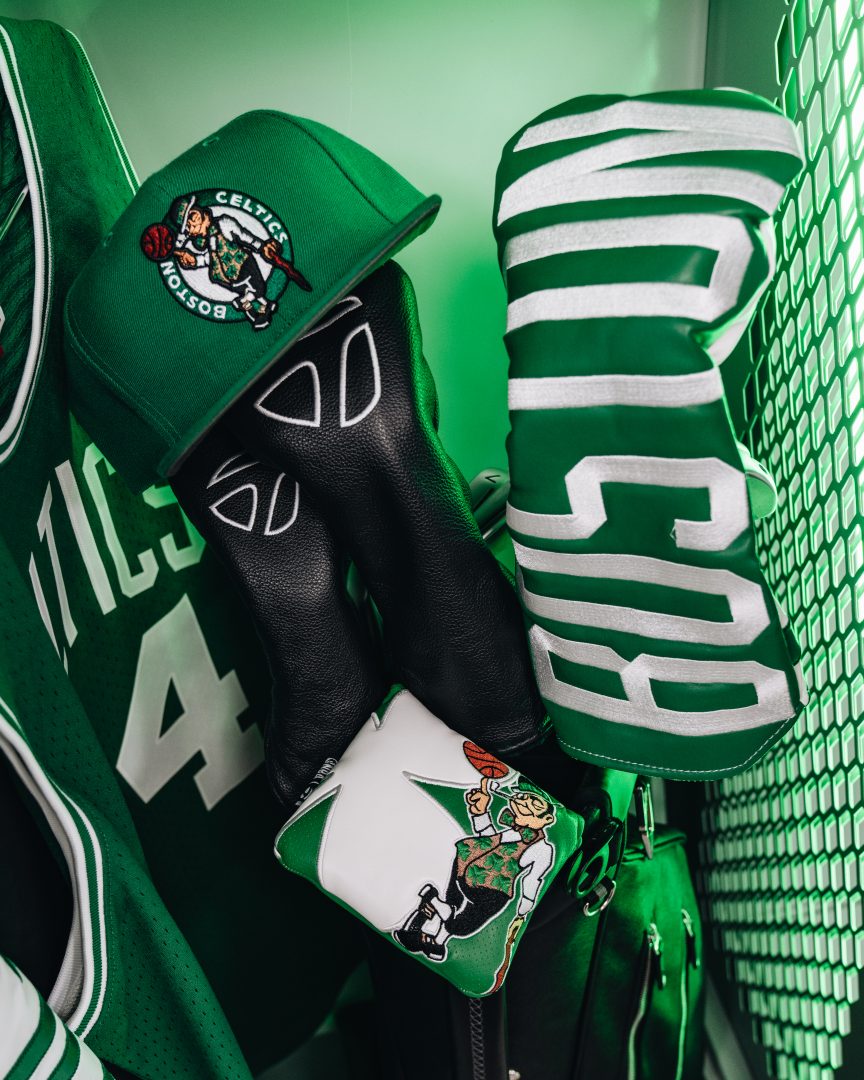 It goes without saying that many elite hoopers, from Michael Jordan to Stephen Curry, Charles Barkley and JR Smith, have taken up golf not only as a hobby, but even a second sports and pastime. To celebrate the emerging intersection of golf and hoops culture, TaylorMade Golf recently announced the release of their jersey-inspired and officially licensed NBA driver and putter headcover line.

The exclusive line features all 30 NBA teams and captures the essence of the game down to the details: the designs feature oversize team name marks on the front with the driver symbol No. 1 in team font on the back. The putter designs feature an assortment of current, throwback and city edition marks for all 30 squads.

As an official golf partner of the NBA, TaylorMade Golf also offers NBA versions of its popular TP5 and TP5 pix golf balls.

The collection is available exclusively at TaylorMadeGolf.com for 99.99 USD (driver) and 89.99 USD (putter). Shop now.

Kith & SLAM Present KNICKS is OUT NOW!
Inside the Creative Mind of Set Free Richardson and the 3rd Version of his Famed Creative Space—The Compound