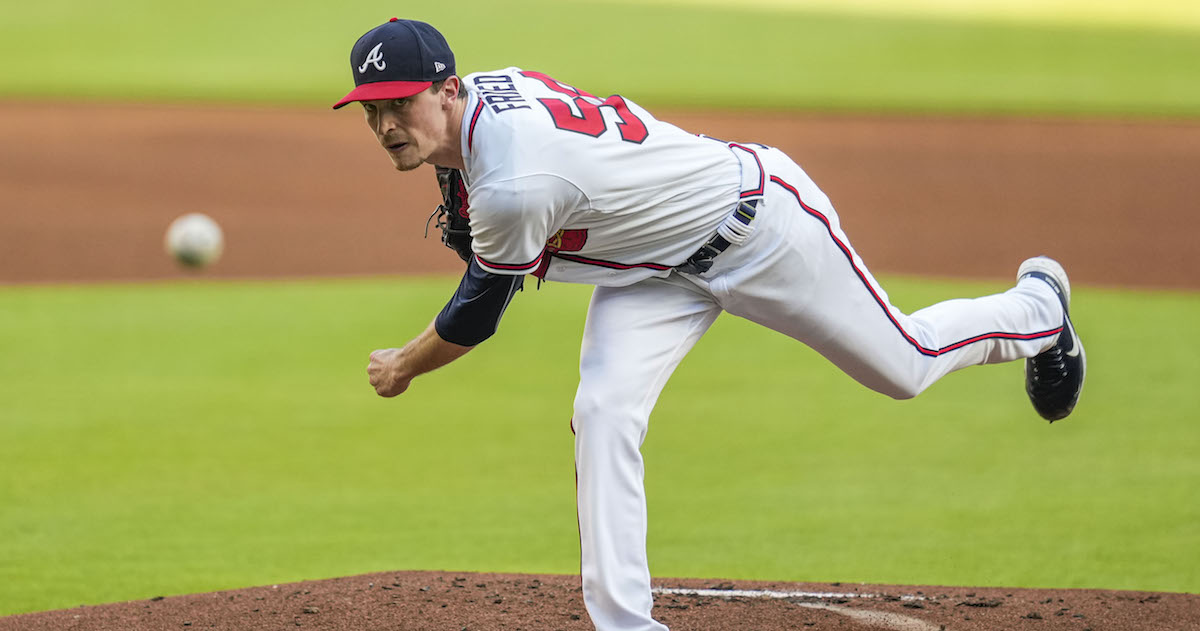 As you might imagine, I watch a lot of baseball for work, and one of the things that stands out to me the most this year is just how dang hard pitchers are throwing. I’m not just talking about that new hotshot reliever your team called up who’s dropping triple digits like peak Aroldis Chapman, though that’s part of it. I’m talking about existing starters, guys I’ve watched for years, adding a little oomph.

Max Fried has topped out over 100 mph this year; his teammate Kyle Wright has never thrown harder. Framber Valdez is up nearly two ticks on average. Carlos Rodón already threw hard, and now he throws even harder. You can’t walk 10 feet without tripping over a pitcher throwing harder than ever – or so it seems to me, a fairly interested observer.

But appearances can be deceiving. I can think of any number of baseball truths that were considered evidently true by observation for years, only to later be disproven. I decided to put my eyes to the test. Have pitchers learned how to throw harder from one year to the next, changing the fundamental truth of how aging works? Let’s find out.

My method is fairly simple. I took every starter who threw at least 10 innings since pitch-level data began in 2008. I took their average four-seam fastball velocity, but only in games they started; I didn’t want to have swingmen who changed roles within or between seasons in my data. From there, I looked at every pitcher to see if he’d thrown in the majors the previous year, and if so, the change in fastball velocity from one year to the next.

In this way, I got a yearly sample of how much every returning pitcher in baseball’s velocity changed, on average, every year. As a quick example, there were 176 pitchers who compiled at least 10 innings as a starter in both 2013 and ’14. On average, they threw 0.21 mph slower in 2014 than they did in ’13. I found those pairs for every year, which gave me a yearly average of velocity changes over time.

Let’s get the headline out of the way first: 2022 doesn’t look any different than previous seasons. On average, starters have lost 0.06 mph of fastball velocity this year. That’s slightly better than the -0.13 mph average over the entire sample, but hardly out of line with the past few years. My uninformed guess that pitchers have a newfound ability to maintain or add velocity appears to be false:

Frustrating! A little anecdotal evidence didn’t highlight a new and provable insight about the game. But just to make sure, I decided to look at the numbers split out a few more ways. Were more starters adding velocity now, with some large velocity losers hiding that trend in the averages up above? As it turns out, no. In fact, fewer starters than average have added velocity this year:

Okay, fine, it looks very much like nothing new is happening this year. Pitchers are the same as always. Maybe a few outliers have muscled up and started throwing much harder, but that’s the case nearly every year. Even if I limit my search to pitchers who added at least one full tick to their fastball, there’s nothing out of the ordinary about 2022.

Just to close the loop, I decided to separate pitchers by age and see if I was missing anything there. Maybe a big cohort of aging pitchers was confusing the data from one year to the next. I made three groups – 25 and under, 26 to 30, and over 30 – and looked at each group’s average velocity change by year:

There’s still not much here. There’s a sample issue in comparing between groups – pitchers in the 31-plus tier are more likely to retire, and they’re probably more likely to retire when they lose a ton of velocity from one season to the next. That creates a population issue; the older pitchers that we see probably aren’t representative of the population of all older pitchers.

Even if you compare within a tier, there are no clean takeaways. Pitchers between 26 and 30 have gained velocity this year, but not very much, and not in a way that’s clearly different from pitchers aged 26-30 in previous years (p=0.18 in a two-sided Student’s t-test). Mostly, I was just seeing ghosts.

Of course, a study like this can’t disprove that new training methods are helping pitchers maintain and add velocity. That’s a central truth of statistics when used in this way; all you can do is fail to disprove the null hypothesis (that pitchers are the same as ever). Maybe there’s a new trend developing, and maybe the evidence will become obvious over time, or maybe there’s simply a falling attrition rate. If pitchers who would have previously lost two ticks of velocity and retired now lose one tick and stay in the league, improved training methods could actually decrease average velocity change.

I have a few ideas for exploring that, and for looking into attrition rates more generally, but they aren’t fully formed yet. For now, I’ll settle for saying this: fastballs keep getting faster, but there’s no evidence that the velocity increase is due to returning starters adding velocity. Anecdata notwithstanding, if you’re looking for why everyone throws 95 now, I think you need to look for what happens before pitchers reach the majors, not what happens after they’ve arrived.