Berrettini on Reasons for Italian Rise 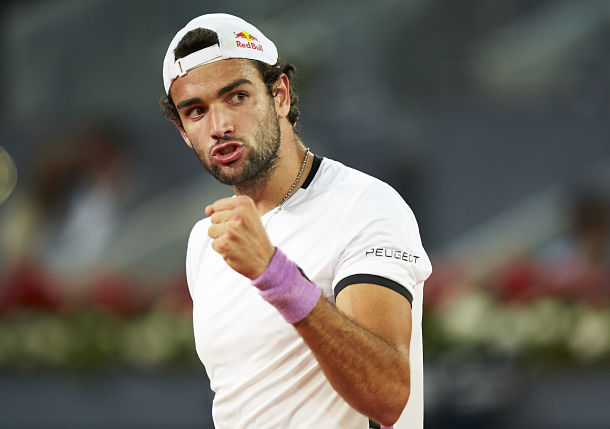 Matteo Berrettini grew up on Rome’s red clay, but has grown into a player for all surfaces.

Berrettini made history with his run to the Roland Garros quarterfinals this month becoming the first Italian man in history to reach the round of 16 or better at all four Grand Slams.

The ninth-ranked Berrettini leads a lit of 10 Italian men ranked inside the ATP Top 100—which matches tennis powers Spain and the United States, which each have 10 men in the Top 100.

Italy will host the ATP Finals in Turin in November, boasts two of the top teenage talents in the sport in Jannik Sinner and Lorenzo Musetti and is a leading contender to capture its first Davis Cup since 1976.

Italian No. 1 Berrettini points to a few factors for Italian tennis renaissance:

“I think it’s everything a little bit together the work of Federation, a little bit of luck, the fact that there are so many players that help each other to get there in a way that we stimulate each other, like in that way,” Berrettini said after winning his Queen’s Club opener. “We practice together, we get better, we are, most of us, like, are young. I think the mentality changed a little bit.”

“I think the mentality change a little bit,” Berrettini said. “Now we all know that we can play in all the surface. Grass, clay, hard, doesn’t matter. You are mentally ready to face any, I don’t know, tough situations. That’s what makes you, I think, a better tennis player. That’s what we are trying to do.

“I think we are taking this from the other players, as well, like I said. 2018 I think Cecchinato started everything. Fabio was already there. And then we figured out that we could make it, as well.”