Candace Parker and the Chicago Sky are Crowned 2021 WNBA Champions 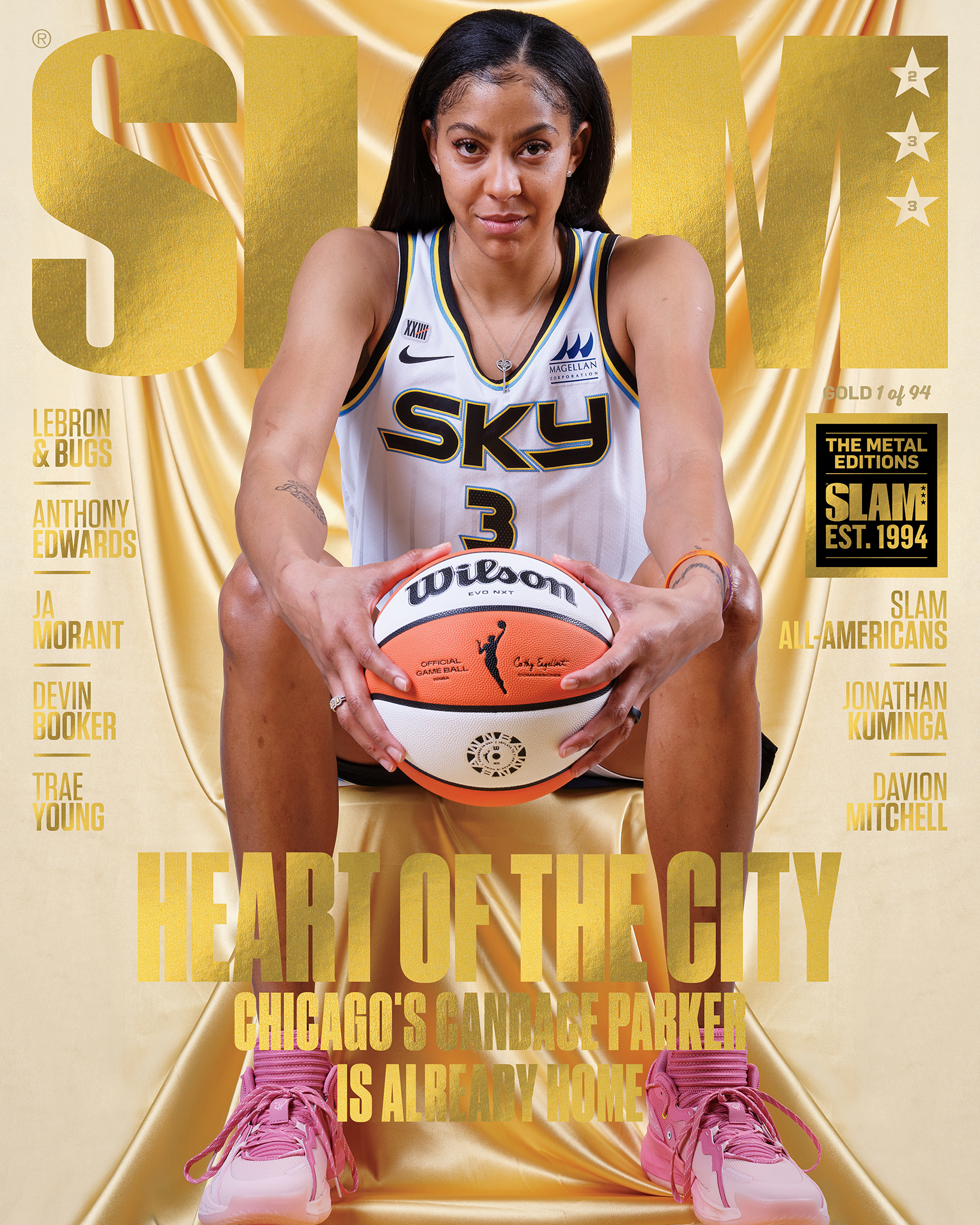 Last night was truly something special. In a thrilling matchup that went down to the wire, the Chicago Sky held their own against a stacked Phoenix Mercury roster and won Game 4 of the WNBA Finals, 80-74.

An emotional Parker, who finished with 16 points and 13 rebounds, also acknowledged the impact that the late-Kobe and Gigi Bryant had on the WNBA:

“I think Kobe and Gigi have meant so much to our League,” Parker said per Yahoo! Sports. “So the advice I got from Vanessa before the game was, ‘Play Gigi’s way.’ And I think we’ve done that. We did that all playoffs. And so I just want to acknowledge [Kobe’s] contribution.”

The win is not only a momentous occasion for Parker, who is now a 2x WNBA champion, but for the city of Chicago. Even Chance the Rapper, who promised to get a tattoo if the Sky won Game 3, told NBC that he’ll be fulfilling that promise.

Parker had shared in her SLAM 233 cover story just how special it was for her to return home:

“I believe a lot of things come full circle,” Parker said. “I think just over the course of my career I realized how much important people have meant to my career. Coming back home, I mean, my dad fixed my blinds the other day, we went over to his house for Father’s Day, my mom cooks me pregame, picks up my daughter all the time. Dad brings doughnuts over sometimes for my daughter, like, it’s just, I can go see my grandma. I really respect the time that I moved away from home because I needed it. I needed to establish myself in my home and get away from that, but to come back, who I am now, to really appreciate it.”

While Parker has continued to solidify her legacy, teammate Kahleah Copper emerged as a superstar in the Finals, averaging 17 points and 5.5 rebounds in the series. As her teammates chanted “KFC,” Copper was named the 2021 WNBA Finals MVP after winning her first title.

Per CBS Sports, Copper says that Parker really pushed her to step up her game:

“I just lived up to the challenge and her expectation,” Copper said. “It felt like it was really far for me at first but every day she consistently told me what I could bring to this team and I just continually brought it every single day.”

Taj Gibson is on a Mission to Give Back to His Community in Fort Greene, Brooklyn
Kennedy Chandler is Ready Make His Mark at Tennessee