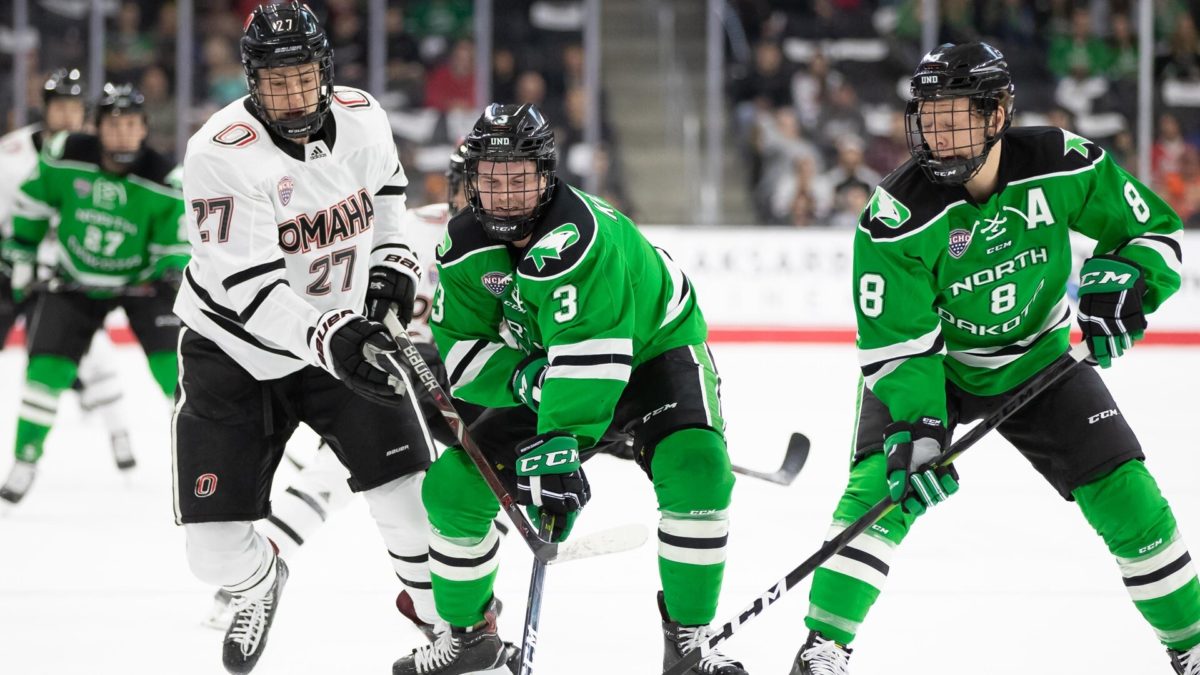 The Florida Panthers are making waves in the NCAA free agency pool, as they pick up prized North Dakota defenseman Matt Kiersted. In 29 games, he put up three goals and 22 points for the Fighting Hawks.

Kiersted will be reporting to the Panthers’ taxi squad, which gives him a chance to fill a huge void following Aaron Ekblad’s season-ending injury. With the Cats having a hole on the blueline, he might have a chance to make an impact this season, but he also has the potential to make an impact in seasons to come.

He was named first-team all-National Collegiate Hockey Conference and he was a runner up for the NCAA’s defenseman of the year award.

What Does Kiersted Bring to the Panthers?

At his size, Kiersted is big enough to lay the body, but he also has the legs to keep up with smaller, faster forwards, being able to make the plays the Panthers need. That is an important attribute to have when the division consists of players like Patrick Kane, Brayden Point, and Sebastian Aho.

In the midst of a playoff push, Kiersted is a nice piece to plug in. He has the intangibles and the skills to help the Panthers keep up with the rest of the division and he’s ready to be a force to be reckoned with.

When he arrived at the University of North Dakota, head coach Brad Berry described him as “a hard-working, humble, team-first guy that fit into our program right away,” which is exactly what the Florida Panthers need in a young guy to fill a spot on their blue line. (from ‘Matt Kiersted headed to join NHL-leading Florida Panthers,’ Grand Forks Herald, 04/01/2021)

Where Does He Fit on the Panthers Roster Now?

As of right now, the lefthanded defenseman will report to the Panthers’ taxi squad, but don’t count out the chance that he does get an opportunity to play some NHL games.

With the Panthers having distrust in Anton Stralman to the point of putting him on waivers and names like Riley Stillman and Brady Keeper making the lineup, Kiersted might have the chance to take someone’s spot in the lineup and make an impact.

If Coach Q trusts him enough, he could even take Ekblad’s spot on the first pairing with MacKenzie Weegar. With Weegar’s stay-at-home style of defense, Kiersted can take his time easing into the NHL game while still using his playmaking abilities to help generate offense for the Panthers.

Another option, and a more realistic role, would be a third-pairing set up with Radko Gudas, an NHL veteran who can help him learn the game. Gudas is known to be able to lay the body and make plays on the defensive zone, so he could be able to make Kiersted’s transition to the NHL easier.

No matter how they use Kiersted, he should be a name that Panthers fans should be watching out for for years to come, but there is a chance he makes an impact this season.

Colby Guy is a writer for the Florida Panthers department here at THW. He’s a junior at Florida Atlantic University and currently serves as the Editor In Chief for the school’s newspaper, the University Press. Previously, Colby has written for FanSided as a New York Islanders, Florida Panthers, and Nashville Predators writer.

Colby grew up an Islanders fan and had season tickets before moving to Florida.