Ivan Toney admits to being underwhelmed by Arsenal in season opener, before lightheartedly hinting at interest in Gunners switch

An interesting snippet from an interview conducted by Brentford star Ivan Toney, surrounding the situation of sleeping giants Arsenal, has piqued attentions online on Monday.

Concern at the Emirates

Mikel Arteta’s Gunners have of course endured a less than ideal start to the new season.

With four games on the board in the Premier League, the capital outfit have secured just three points, forthcoming this past weekend in a home meeting with top-flight new boys Norwich City.

The weeks prior, on the other hand, saw Arsenal expectedly downed by both European champions Chelsea and English champions Manchester City.

LONDON, ENGLAND – AUGUST 22: Romelu Lukaku of Chelsea celebrates after scoring the opening goal during the Premier League match between Arsenal and Chelsea at Emirates Stadium on August 22, 2021 in London, England. (Photo by Mark Leech/Offside/Offside via Getty Images)

Without question the most disappointing outing on the part of Arteta’s men to this point in 2021/22, though, came on opening day.

A trip across London to take on newly-promoted Brentford saw the Gunners fail to perform in any way, shape or form, en route to a deserved 2-0 defeat.

And, as outlined above, one of those to have had first-hand experience of the struggles endured by Arsenal on opening day this weekend opened up on the North Londoners’ fall from grace over recent seasons.

Speaking in an interview with Baller Talk, Brentford star man Ivan Toney was drawn on last month’s Brentford Community Stadium clash, and whether he noticed any striking difference between the level showcased by the Gunners, and sides in the Championship.

And the 25-year-old went on to explain:

‘You see Arsenal at the moment, they’re not the best.’

‘There was a difference don’t get me wrong, but it wasn’t crazy like, if you make a mistake it’s going to end up in the back of the goal.’

‘They were good at keeping the ball, but didn’t really affect us.’

‘I don’t know whether it was just they weren’t so good, or we were just excited because it was our first game and it was Arsenal and it was the Premier League.’

‘I just didn’t see them how they used to be. You used to look at Arsenal and think they’re gonna win this game…’

Perhaps the most noteworthy takeaway when it came to the Brentford standout’s take on Arsenal’s current woes, though, came in his closing comments.

In a lighthearted hint no doubt set to be picked up on by many a supporters of the Emirates outfit, Toney went on to insinuate that he could be the answer to the Gunners’ problems:

‘I don’t see them winning nothing anytime soon… Till they get a striker.’

Hector Bellerin confirms he ‘left Arsenal to win trophies’ with Betis: ‘I’m not here for a holiday’

‘I think it is impossible not to’: Mikel Arteta opens up on bringing stresses of managing Arsenal home 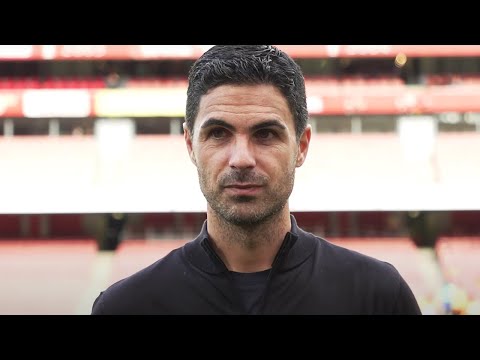