Leaked: Arsenal’s 2022/23 third kit and the break from tradition 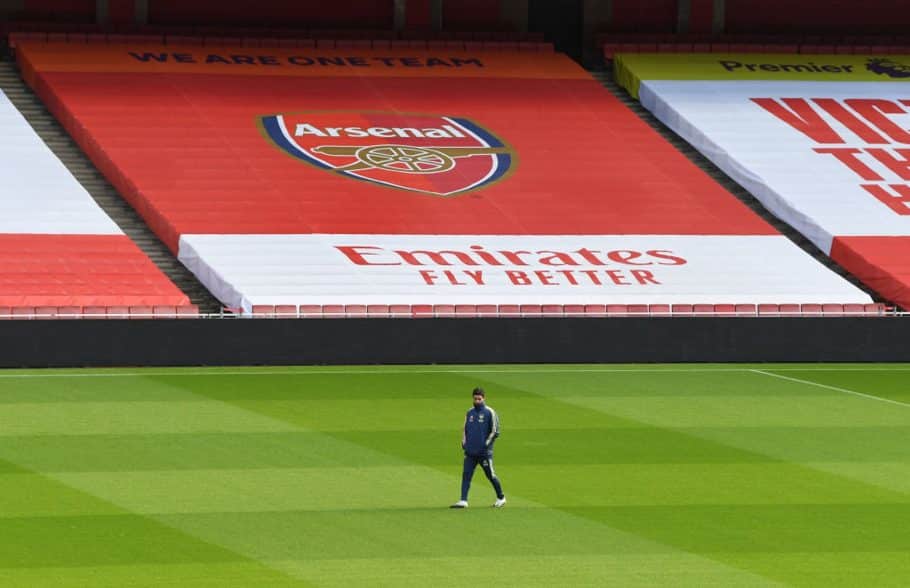 Arsenal have been teamed up with Adidas since their previous partnership with Puma ended in 2019, and it has largely been very successful.

The pair have combined to create a wide range of new products, largely relying on the past connection that they had in the early 1990s and previous iconic kits. The Bruised banana shirt, and now the famous 2005-06 shirt that was used for the final season at Highbury, have both been used as inspiration in recent seasons.

Inspired by the past. Created for the future.

Launching the remake of the 05-06 collection

This means that, despite their indifferent form on the pitch, the club continue to have one of the best kits in the division.

Now, however, they seem set to break from tradition.

New third kit to be pink in Arsenal first

As per FootyHeadlines, generally reliable for leaks about upcoming football kits, it has been revealed that Arsenal’s third kit for the 2022/23 season will be pink.

Far from continuing the theme of relying on tradition for their kits, Adidas have taken a whole new step, with this set to be the first time that the gunners will wear a pink kit.

The official colour is “Clear pink”, the same colour as Inter Miami used in their first season, although the MLS club since switched to a darker pink. According to the report, this pink looks almost white in sunlight, evoking memories of the Leicester shirt from last season.

As can be seen below, FootyHeadlines provided a mock-up of what the shirt could look like.

Arsenal fans, is this a shirt that you will be picking up, or is too much of a departure from tradition for you?

Hard work and a cheeky finish from Cedric! | Behind the scenes at Arsenal training centre

The squad prepares for our Premier League clash with Everton at Goodison Park. #arsenal…