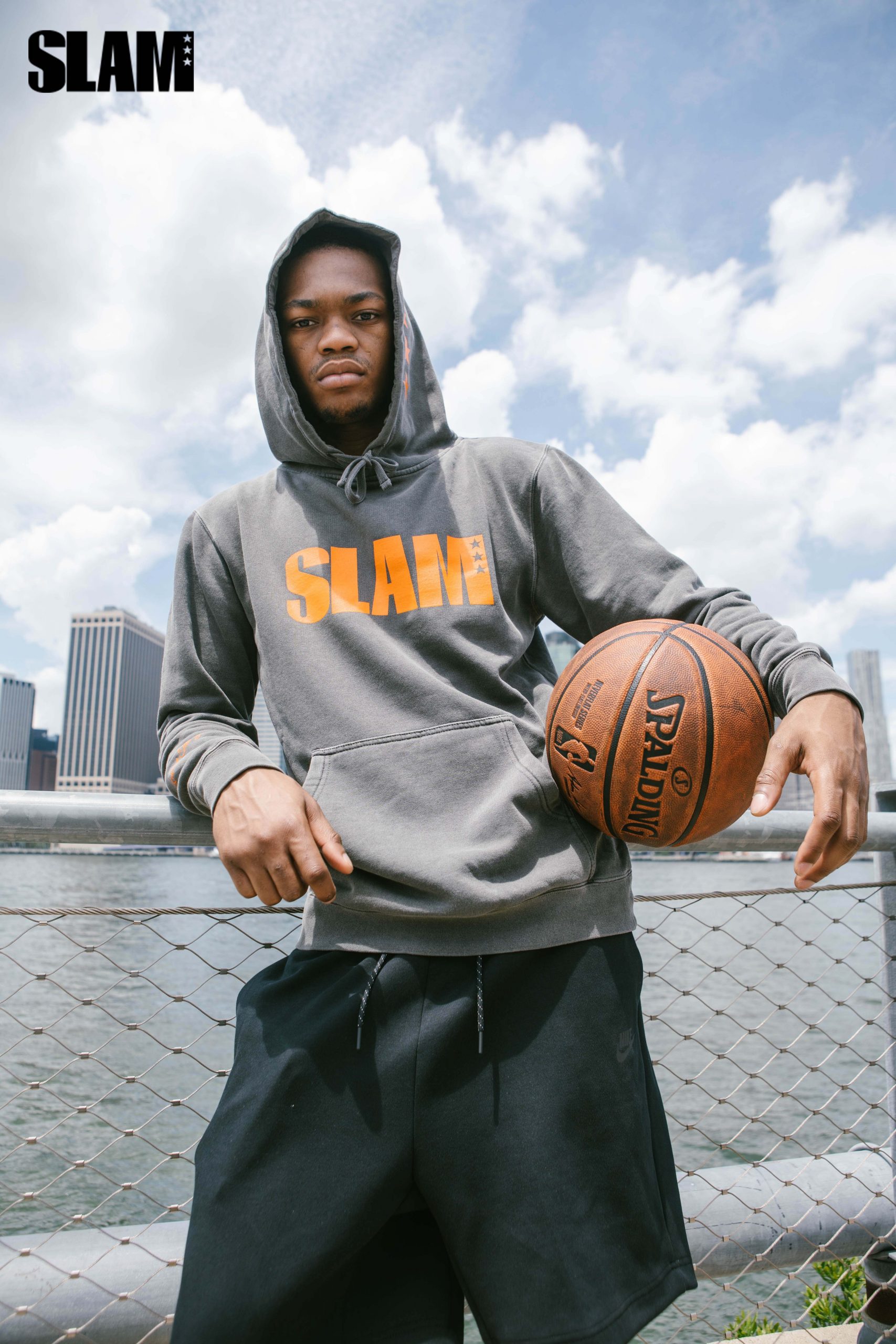 For a second, let me talk about Brooklyn. The Brooklyn drill scene is contradictory, just like Brooklyn is. Equal parts insular and loud. Earnest and darkly comedic. Full of laughter, life, and deep pain from losing your neighborhood and being alone in a changing community, all while still losing friends to gun violence.

Brooklyn is changing: In gentrified neighborhoods, robbery and murders have made way for expensive rents. The music, like it did in Chicago, reflects the pain of the people of the neighborhoods that have become disenfranchised and overpoliced. In those neighborhood cracks, you’ll see talent that bursts onto the scene and leaves an impact in the only way drill can. But in Brooklyn, talent has been put in bondage. The sadistic NYPD prevented Bobby Shmurda and his GS9 crew from ever building upon “Hot N*gga’’ and “Computers.’’ Pop Smoke was harassed by the NYPD before his assassination; along with rappers like Casanova and Sheff G, Pop was banned from 2019’s Rolling Loud New York, an annual hip-hop festival. Brooklyn talent has been discriminated against, but we’re looking for the next star to break through.

Rapper 26AR is working to become that next star. The former hooper is speaking with me at Brooklyn’s Grand Army Plaza about basketball, knowing that this profile is for SLAM Magazine. “When I wasn’t in trouble, I used to play ball. If I stay focused and stayed out of trouble, I would have went far,” he says.

Throughout his life, 26AR has either been hooping or been in trouble with the law. He was molded by the street courts in Crown Heights, honing his skills at Brower Park. “My game was flashy,” he says. “That’s why I love Kyrie. Kyrie is my favorite player.’’ AR was a prototypical New York guard. His handle was dangerous. He played with quickness and an attitude reserved for the cockiest dudes in your neighborhood.

At the same time, 26AR is eager to talk about what he has overcome. When he was 16, he got caught up in a gang conspiracy case. They didn’t just try the top-level members. They charged everyone and sprayed everything in sight. The racist criminal justice system used 26AR’s ties for its gain, and AR decided to take the guilty plea. Using the unfair laws on conspiracy and gangs, they sentenced him to four years in jail. On top of the usual torture that jail brings you, the DA didn’t allow 26AR to continue trying to dream—the irony of sending a young kid to prison and not letting him try to better himself while he was in there. “I don’t remember the first night I got locked up but I got in trouble when I was in there,” he says. “I also got a lot of stuff done.’’ AR played chess obsessively and became more disciplined all on his own. He also got help from Coach Mo.

Maurice Ballard founded the Game of Life non-profit program to help incarcerated youth. Being a basketball coach, he ran into a lot of young men that needed guidance. You know that Jadakiss line about brothers up north being better than Jordan but never got that break? That might sound like cap but people like Coach Mo have dedicated their lives to help at-risk kids chase their dreams. He knew 26AR was special before he started working with him. “I knew he wanted to change his life around,” Ballard says. “Building my relationship with him each day as a kid in my basketball program, and learning about him and his case. AR would call me and ask if I could bring him some soda or some sneakers, or something that he hadn’t had in a long time. He became someone who was always on my mind. So I started writing letters to the judge, creating avenues for him so he could be released and we could find some schools for him.’’

Mo wanted to give 26AR a second chance. When the legal system turned its back on AR, Mo decided to help the kid, not quit on him. AR is grateful: “He did a lot for me in jail. He was putting a documentary together for me, and the DA [District Attorney] just dubbed it.”

As a rapper, 26AR is clearly inspired by Brooklyn drill stalwarts such as Bizzy Banks with the rumbling production heard under Pop Smoke’s deep voice. He raps with the flair that he hooped with: The wordplay flows dynamically, and you don’t know what’s coming next. When he spits, he raps using a legato that rolls down a hill being chased by a boulder.

26AR is growing as an artist, too. He began with raps meant to take your head off, but now he’s backed by the same maximalist production that tops the charts, which is where he might wind up next. He’s also still hooping. He did it the other day. He still thinks that no one can guard him. Just like a New York guard-turned-rapper would.

Jayson Buford is a music journalist/critic based in Brooklyn. He’s written for Rolling Stone, GQ, and Pitchfork. He’s a lifelong Knicks fan and has a Wu-Tang tattoo.