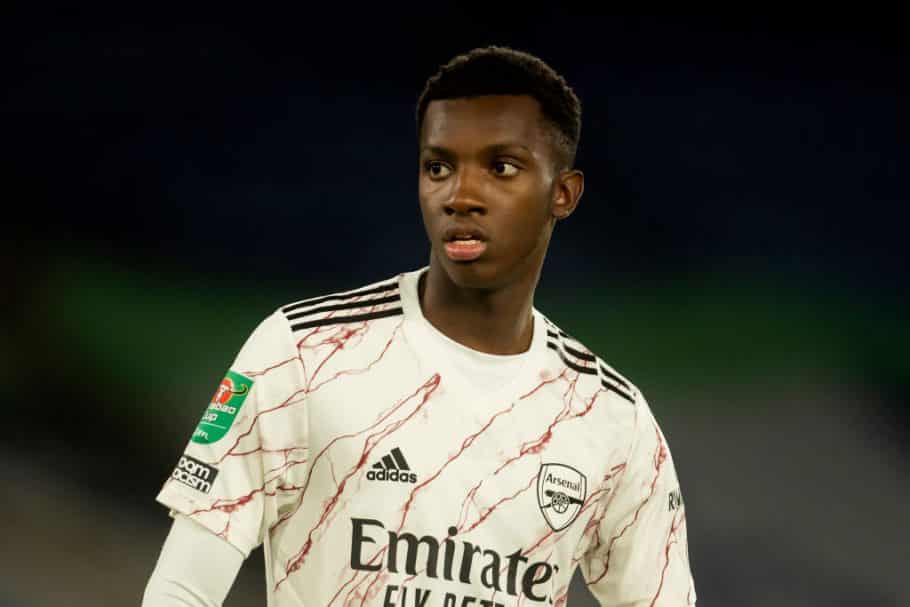 Arsenal welcomed fellow Premier League outfit Leeds United to the Emirates on Tuesday evening for a League Cup round of 16 game.

And, when all was said and done in north London, it would be Mikel Arteta’s Arsenal who emerged victorious to extend their unbeaten run to seven games in all competitions.

Arsenal broke the deadlock after 55 minutes via a Calum Chambers header.

The result was then put beyond doubt after 68 minutes when Eddie Nketiah capitalised on some sloppy Leeds defending to make it 2-0:

Tuesday’s game would be just Nketiah’s second appearance for Arsenal’s senior side this term.

The Gunners forward has not even made it into the matchday squad for Mikel Arteta’s side in the Premier League this term.

And with Nketiah’s current deal set to run out at the end of this season, many fans were likely expecting the Englishman to depart the club this summer.

And in truth, given his struggles for form over the last year or so, most Arsenal fans probably wouldn’t be too concerned about losing him.

However, when speaking after the Leeds game, Arteta addressed Nketiah’s contract issue whilst stating that he wants Nketiah to stay at Arsenal and predicting that the hitman will become a top, top player:

“We had a situation in the summer that we tried to resolve and we couldn’t either way.

“That is the contract situation that is more and more common in football for where we are coming from with Covid and a lot of the issues that we have to resolve.

“I have full belief that he is going to be a top, top player and hopefully at Arsenal. I’m happy to have him, he is our player, I regard him really highly and from my side I want him to stay.”

Calum Chambers on scoring after being on the pitch just 23 seconds!

He was told to score with his first touch, so he did! Calum Chambers…