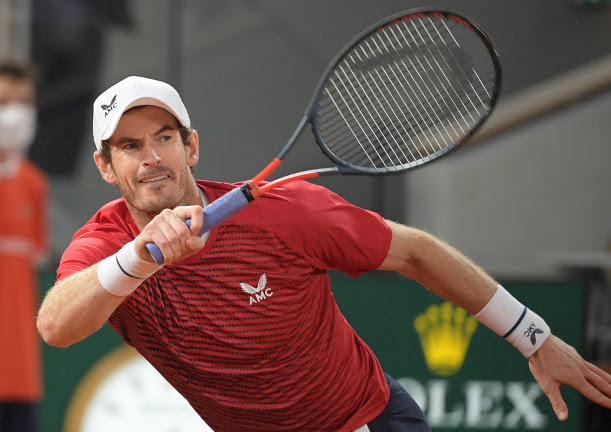 This month, the former world No. 1 will return to San Diego.

The ATP 250-Level tournament will be played Monday, September 27 through Sunday, October 3, 2021 at Barnes Tennis Center.

The 34-year-old Murray, a native of Glasgow, Scotland, has won 46 career ATP singles titles since turning professional in 2005. He is a two-time Wimbledon champion, winning grass court titles at the All-England Club in 2013 and 2016. Murray also captured the US Open singles championship in 2012.

Murray became the first player to win two Olympic gold medals in singles. He won Rio in 2016 and London in 2012, which was highlighted by his 6-2, 6-1, 6-4 victory over No. 1 Roger Federer in the final on Wimbledon’s Centre Court.

A recipient of the Arthur Ashe Humanitarian Award in 2014, Murray is the only player with at least seven victories over Federer, Rafael Nadal and Novak Djokovic, including championship wins over all three players among his 14 ATP Masters 1000 titles.

In 2016, Murray earned the No. 1 spot in the FedEx ATP rankings. He ended the year on a 24-match win streak, defeating No. 2 Djokovic in the Nitto ATP Finals to clinch the year-end No. 1 ranking with his ATP-best ninth title of the season.

Murray’s tournament appearance at the Barnes Tennis Center will not be the first time he has played in San Diego. In 2014, Murray led Great Britain to a 3-1 victory over the United States in a first-round Davis Cup match played on a temporary red clay court in the outfield at Petco Park.Murray opened the Davis Cup tie with a decisive 6-1, 6-2, 6-3 win over American Donald Young. Later in the reverse singles, Murray clinched the match for Great Britain against Sam Querrey of the United States as he scored an impressive 7-6 (5), 6-7 (3), 6-1, 6-3 victory.

“I have great memories of that Davis Cup tie. It was a great experience playing in a baseball stadium. San Diego is a really nice city and I’m looking forward to going back there later this month for the San Diego Open,” Murray said.

“With the addition of Murray, a former World No. 1 player, the field for this tournament is spectacular,” said San Diego Open Tournament Director Ryan Redondo, “This is going to be an incredible week of men’s professional tennis and I encourage fans to purchase their tickets as soon as possible.”

Top 20 players entered in the 2021 San Diego Open include: No. 7 Andrey Rublev of Russia, No. 10 Denis Shapovalov, No. 11 Casper Ruud of Norway, No. 13 Hubert Hurkacz of Poland, No. 14 Diego Schwartzman of Argentina, No. 15 Felix Auger-Aliassime of Canada, No. 18 Grigor Dimitrov of Bulgaria and No. 19 Cristian Garin of Chile. (Rankings are at time of tournament entry) American Taylor Fritz, a native of Rancho Santa Fe, Calif., who is currently ranked No. 39, is also in the main draw.

The ATP 250 tournament features a 28-player singles draw and a 16-team doubles draw. The event offers a total of $600,000 in prize money and tournament champions will receive 250 points in the FedEx ATP Rankings.

Tickets for the San Diego Open can be purchased at www.barnessdopen.com.

Naomi Osaka, Serena Light Up Met Gala
ESPN's Coverage of the US Open Peaked During Historic Women's Final Between Raducanu and Fernandez