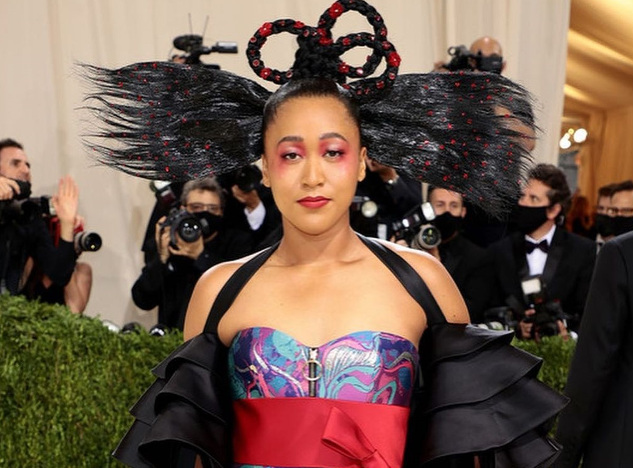 The 2021 Met Gala theme, “In America: A Lexicon of Fashion,” inspired fashionable expressions of joy, rebellion and classic American film with nods to movie stars ranging from Marilyn Monroe to C-3PO.

In its Met Gala coverage, Vogue Magazine featured Osaka as one of its best beauty looks of the evening.

“It didn’t get more fierce than Naomi Osaka, who paid tribute to her Japanese-Haitian heritage with a beauty look that centered on monochrome crimson makeup and a gravity-defying updo featuring woven plaits and fanned out, wing-like lengths,” Vogue wrote in its Met Gala report.

The Met Gala is an annual fundraising benefit for the Metropolitan Museum of Art in New York City.

Emma Raducanu Doesn't Feel Any Pressure After Winning US Open, and She Intends to Keep it that Way
Murray Awarded San Diego Open Wild Card