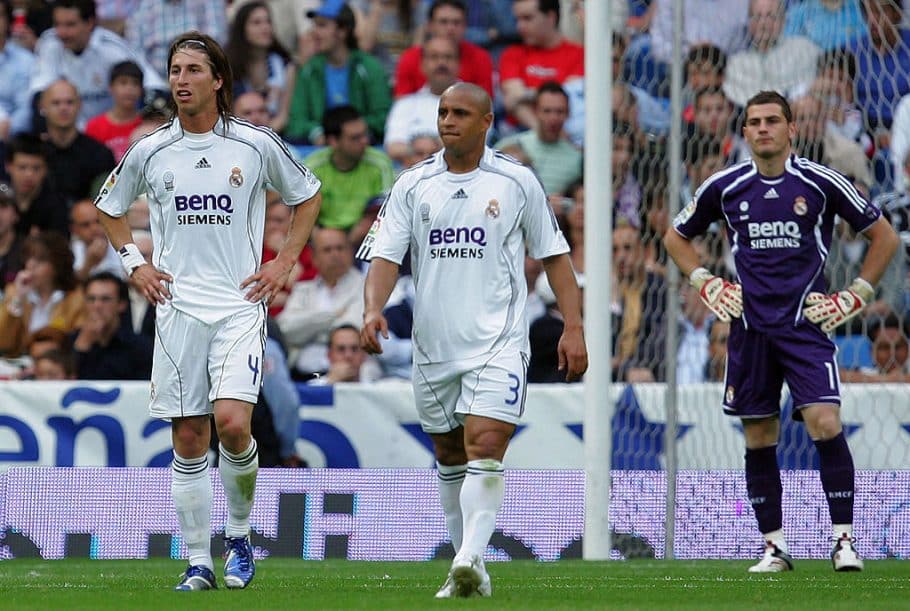 One of the more high-profile transfers of the summer window so far has seen Sergio Ramos depart long-time club, Real Madrid.

The Spaniard had become synonymous with the capital outfit, having been on their books since all the way back in 2005 when he joined from Sevilla.

During his stint with Madrid, Ramos would notch a staggering 469 appearances across all competitions, scoring 72 along the way.

However, when the 2021/22 campaign gets underway, we will now be seeing the central defender lining out for PSG, after he joined the Ligue 1 powerhouse as a free agent following the expiration of his Real Madrid contract.

? Sergio Ramos: “I have a very good relationship with some PSG players, Keylor Navas is like a brother to me. It’s been very easy to walk into this locker room.”

Ramos could be making his #PSG debut in tomorrow’s friendly vs. Augsburg! Watch it on beIN SPORTS at 12:55PM ET ? pic.twitter.com/NsvDQxj1YC

Given Ramos’ importance to Real Madrid over the last decade or so, there are no doubt more than a few Madrid fans who were not overly happy to see their former captain depart for PSG.

Amongst these people does look to be Roberto Carlos, who spent 11 years with Madrid between 1996 and 2007 – playing for a time with Ramos who joined in 2005.

And, when asked by 101 how he felt about seeing Ramos in a shirt that isn’t Real Madrid’s following a legends match between Barcelona and Real on Tuesday evening, the left-back made his thoughts pretty clear.

Roberto Carlos did not actually say much in response to the question, simply stating that ‘Sergio was top’, but as shown in our video below, it was clear the Brazilian was not at all happy: