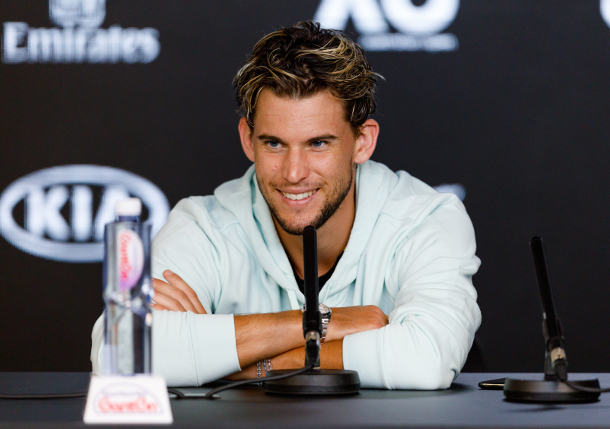 Dominic Thiem has signed on with Kosmos sports management agency.

The US Open champion is the first major signing for Kosmos’ new sports agency. Kosmos is founded and chaired by FC Barcelona footballer Gerard Piqué.

More: Nadal Will Not Play Wimbledon or Olympics

It’s a reunion for Thiem, who was coached by Blanco in 2018. Thiem captured his maiden major crown at the 2020 US Open after falling to Novak Djokovic in the 2020 Australian Open final and finishing runner-up to Rafael Nadal at Roland Garros in 2018 and 2019.

Chilean  two-time Olympic gold-medal champion Nicolas Massu coaches Thiem and is assisted by his father Wolfgang Thiem, who is often seen in his box with his physio, Alex Stober, and his brother Moritz Thiem.

World No. 5 Thiem has posted a 9-8 record this season, falling to Pablo Andujar in his Roland Garros opener. Thiem, who has confessed to struggling for motivation following his Australian Open defeat to Grigor Dimitrov, is hopeful his alliance with Kosmos can help “bring a lot of positive things.”

“I am very happy that Galo is part of the team again,” Thiem said. “He has been very close to me and my family, even when he stopped being my coach.

“The season has not started as I would have liked, I am working very hard to get back to the level of the end of 2020, and adding Galo and the rest of the Kosmos team can bring a lot of positive things.”

“On a personal level, I am especially excited to start this project with Domi,” Blanco said. “We’ve known each other for a long time and I had the opportunity to work with him throughout 2018. There has always been a very good relationship and I think that will make us, together with his sports team, his family and Kosmos, a great team.”