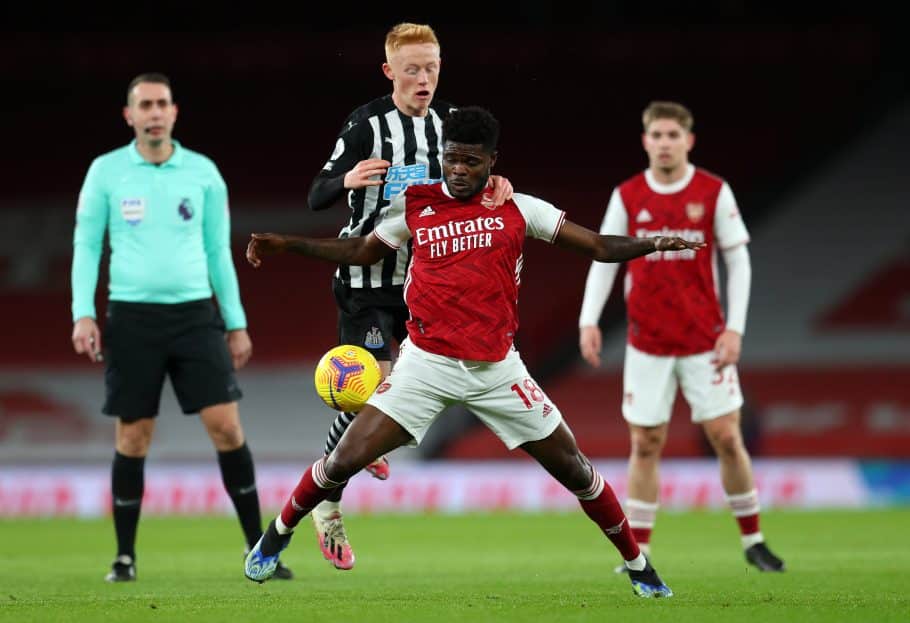 Thomas Partey has recently been discussing his debut season with Arsenal.

Thomas Partey would move from Atletico Madrid to Arsenal in October of 2020 after the Gunners met his £45m release clause.

When Partey first linked up with the Gunners there was no doubt excitement from the north London faithful, who have been without a truly solid defensive midfielder for many years now.

And, after a starring display in a rare victory over Manchester United in just his 3rd league outing for Arsenal, fans were likely expecting the Ghanaian to go on and have a superb 2020/21.

However, Partey suffered an injury in the following game and would then feature for just 45 minutes for Arsenal between November 22nd and January 2nd.

Partey would eventually return and began to build up some fitness again, but the 28-year-old has perhaps not quite met the expectations laid upon him when he first joined Arsenal.

Now, Partey has been speaking about his first season in the Premier League.

And Partey himself would admit that there have been some ups and downs:

“Well I think everybody has seen it, there’s been ups and downs.

“We’ve had good times and bad times, but this is my first season and I think I had to adapt to how they play, get used to my teammates.”

However, the African went on to state that he is now getting used to playing with him new teammates and that he believes everything will be ok next season:

“I think now I’m getting used to them and I know with hard work everything will be okay for the next season.

“Of course, it’s not easy. The Premier League is one of the best leagues in the world and if you want to be there you have to be able to do everything well. So I like this challenge and I’m ready to do everything.”

A close look at ten of the best Aubameyang goals so far, which is…