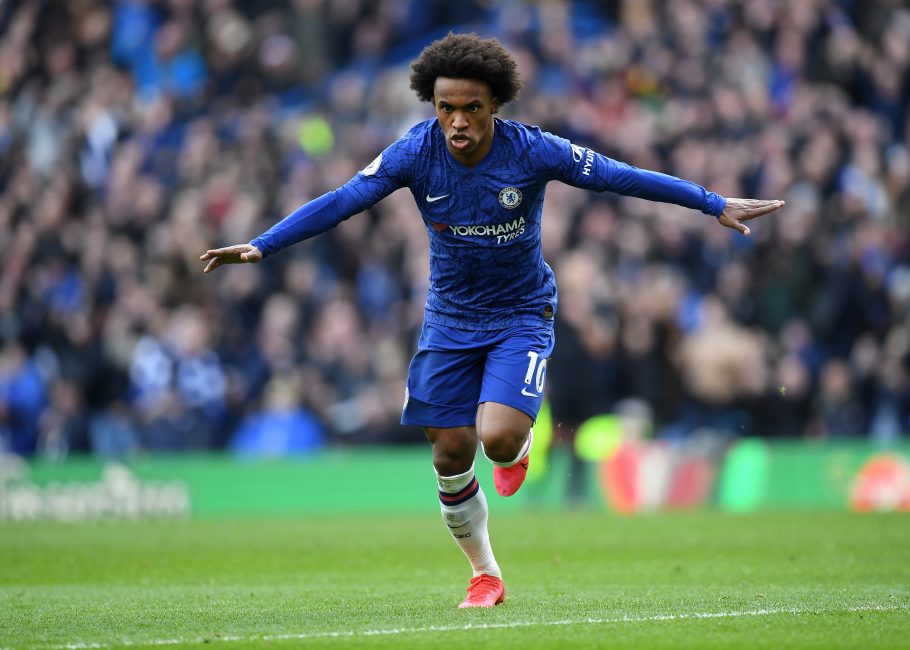 Willian’s agent, Kia Joorabchian, has, on Tuesday, moved to shed some light on the future of the Chelsea winger.

Willian has been a key figure for Chelsea over the last seven years but his contract at Stamford Bridge has already expired, with the Brazilian currently playing under a short-term deal until the end of the season.

The Brazilian has scored 11 and assisted nine for Chelsea this term with Frank Lampard stating earlier this month that he was hopeful the 31-year-old would stay put.

However, Chelsea and Willian look to have reached a stumbling block when it comes to negotiations with the Blues only willing to offer the winger a two-year deal when he wants three.

A compromise of some form did look as though it may have been reached when it was reported on Monday that Willian could sign a new contract this week.

However, if the aforementioned comments from Joorabchian are anything to go by, that will not be the case.

Speaking to talkSPORT on Monday, Joorabchian was drawn on Willian’s contract situation, with the high-profile agent claiming his client will make a decision after the last game of the season, which for Chelsea looks to be their Champions League last 16 second leg tie with Bayern Munich on August 8th.

Crucially, though, Joorabchian added that Willian has two concrete offers on the table from Premier League clubs:

“I don’t think he’s done a U-turn or any kind of turn. He’s always been very much the same mode.

“We had big offers – one from MLS which required him to move on July 1 – but he’s always wanted to finish the season at Chelsea and the day after the season has finished he would decide.

“He has two concrete offers from Premier League clubs on the table, an offer from an MLS club, and two other offers from Europe.

“He is going to make his decision after the last game of the season.”

On one hand, those offers from Premier League clubs could well be made up by Joorabchian to perhaps put some pressure on Chelsea to give into Willian’s contract demands or risk losing him to a rival.

But if they were to be true, you would assume they were from Arsenal and Tottenham, two clubs who have been heavily linked with the Brazilian this season and two clubs who are expected to struggle to spend big in the post-COVID-19 market – making a free agent like Willian a real bargain.

It is worth noting that Willian previously expressed a desire to remain in London, where Arsenal and Tottenham are obviously based.

The latest on Chelsea’s pursuits of Havertz, Chilwell, Henderson and more

101 Great Goals provides ways to watch and bet on football matches. Purchases you make through our links may earn us a commission.