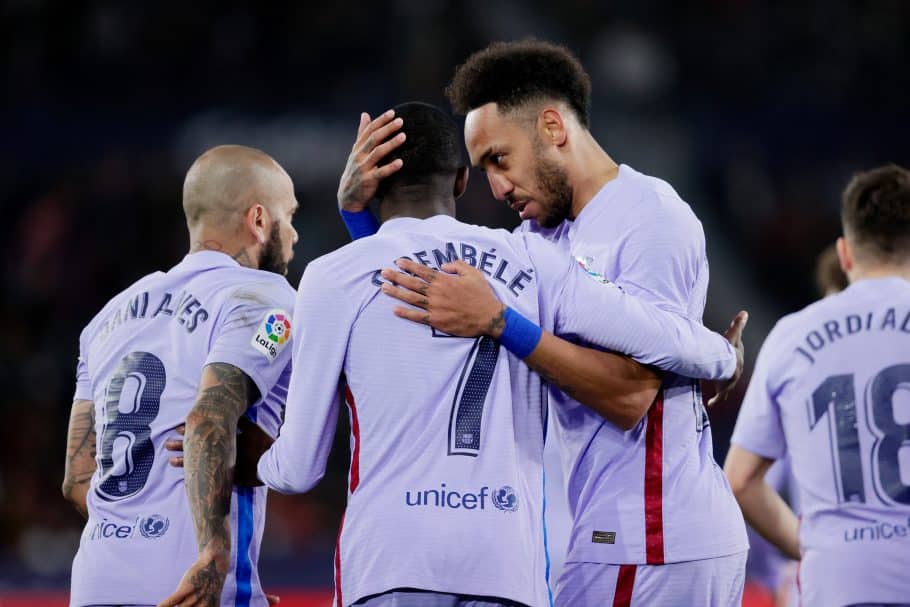 An insight into the efforts of Barcelona head coach Xavi Hernandez to convince Ousmane Dembele to remain at the club beyond the summer has been provided.

Speculation surrounding the future of wide-man Dembele has of course been rampant for some time now.

This comes with the Frenchman, amid, all told, what has proven a frankly underwhelming stint at the Camp Nou to date, set to see the terms of his current contract expire come the end of the month.

Initially, it was viewed as something of a foregone conclusion that Dembele would ultimately go on to find pastures new, having failed time and time again to prove his ability to maintain fitness to the powers that be at Barcelona.

The latter months of this past season, though, saw the situation dramatically altered.

This came as the 25-year-old provided all associated with the Blaugrana with a timely reminder of his creative talents, en route to a Spanish top-flight leading 13 assists, in just 21 appearances.

Reports, in turn, have begun to long spread that the Catalans have changed their tune when it comes to Dembele’s future, hopeful of tying the explosive winger down for the prime years of his career.

And, as alluded to above, on Monday, boss Xavi is understood to have taken matters into his own hands.

As per a report from Spanish outlet Diario Sport, the latest round of contract negotiations between Barca’s board and the representatives of their soon-to-be free agent attacker took place this afternoon.

In a bid to make clear his wish that Dembele ultimately opts to stay put, Xavi ‘momentarily suspended his holidays’, returning from his time away away from the club to take his place at the meeting in question.

This comes with it added that ‘the coach wants the Frenchman to stay and be a key figure in his new project’.

It now remains to be seen whether Xavi’s last-ditch gesture proves enough to convince Dembele to commit his future to Barcelona.

Xavi paused his holiday to be there for the Dembele meeting https://t.co/iwo6pr7CaE